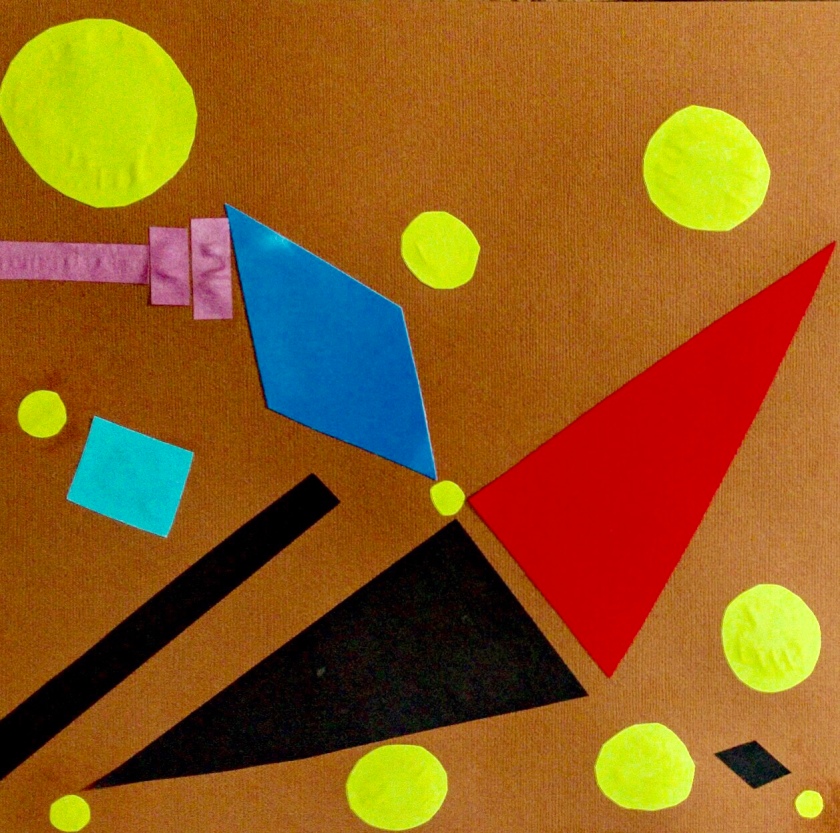 I have translated my digitally drawn sketch book image into a collage. The rules I have set for the simple collage is that the colour is flat and saturated and I have simplified the image down to seven colours. No colours overlap except for being placed on the background so they are all largely seen as interacting with the brown background only. I have tried to use flat colour paper but I was a little limited by what colour papers I had and a couple of the papers were shiny which I would have liked to avoid. The colours are all primary or secondary colours and I have tried to make them as “simple” colours as I could, meaning they pretty much correspond with colour made up of only one or two elements, i.e. I have chosen from red, blue, purple, yellow, green, orange. I have used brown for the background because it was the best match for the photo but I guess in order to follow this rule I could have simplified that to orange. I’m also not happy with the purple because it is really a bit more “complex” in that it is not pure saturated colour but a tone or tint and possibly also includes some complementary.

I have had another attempt here and stuck strictly to primary or secondary colours. For each colour in the image I have chosen the closest primary or secondary to that colour. I created the papers used by painting with the process colours in painting and creating the secondaries from these. So the papers were made with magenta, blue, yellow and black.

Here I have attempted to create a background with a range of thin tissue papers in various bright colours in order to create an organic brown representative of the earth and earth tones and over this I have superimposed a bright glossy geometric blue. I think of it as unusual to combine organic earthy tones with artificial vivid tones and I felt that this suited my image, where the blue rubbish stands out harshly against the background earth. 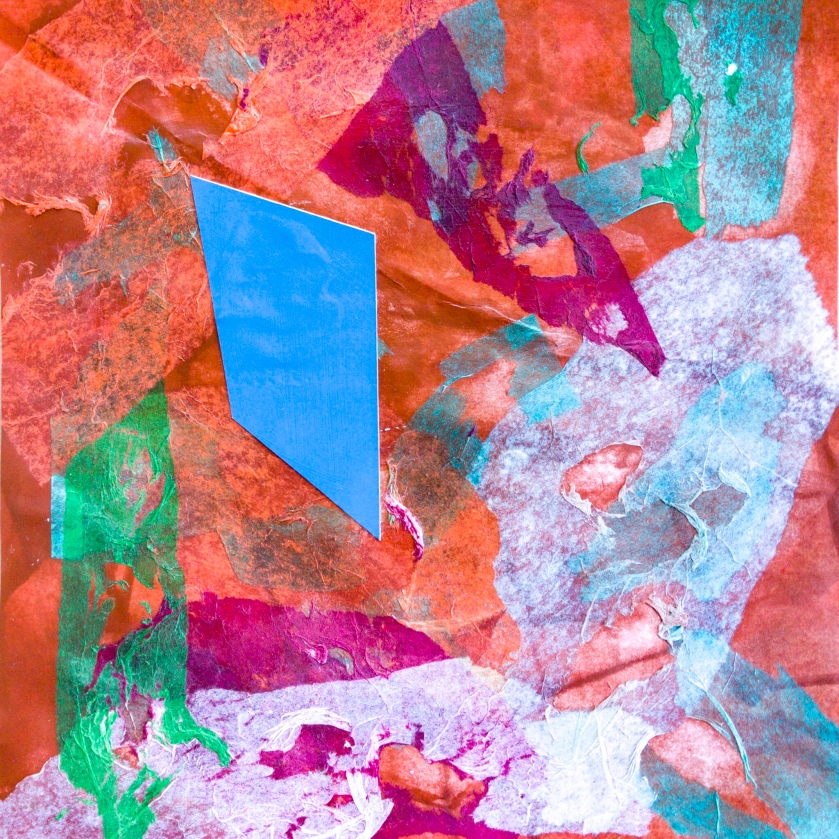 This was my first go at the unusual colour combination. I was trying to use coloured tissue on an earthy background in an attempt to get more subtle earthy tones as background. I don’t think they melded as well and the tissues I had to hand were not really earthy tones but more brights. 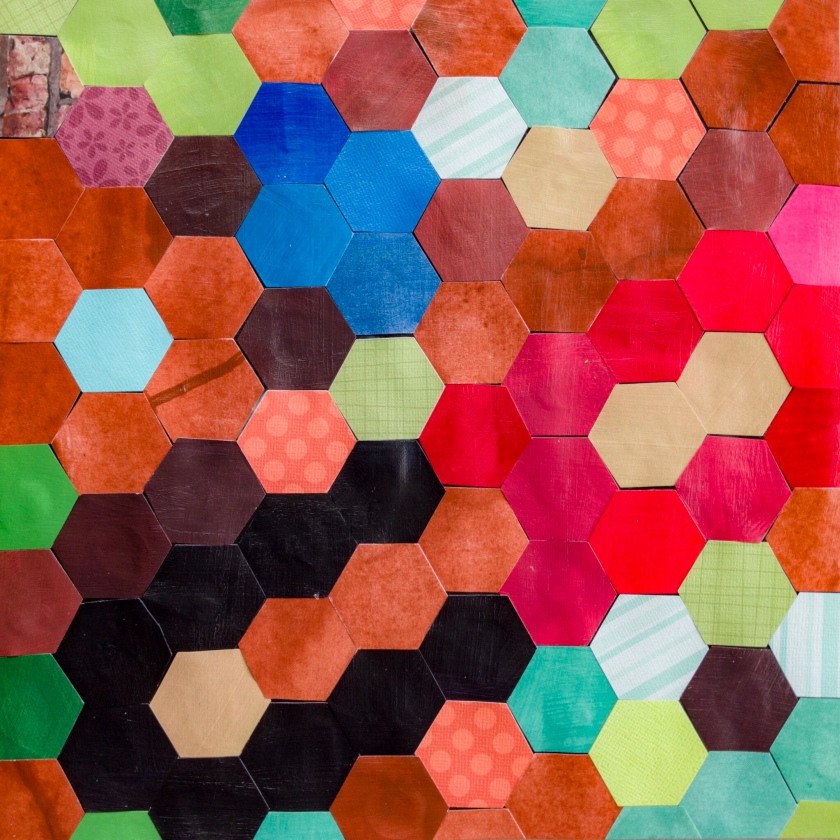 For this collage I have used all the colours I could see within the image and included some patterned papers as well. I have used primary colours and mixtures, as well as a variety of tones.