Here I have started with a simple silhouette drawing of the three textile items. I have drawn them to each fit the page rather than show relative sizes, although I could have added extra information if I had approached it that way. 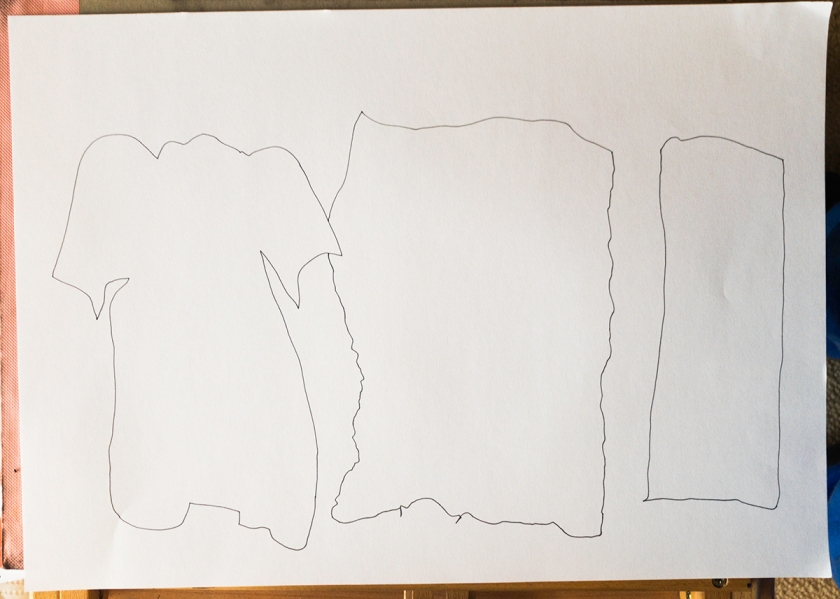 Next I have manipulated a photo to show the weave and patterning on the kimono in black and white suitable for line drawing. 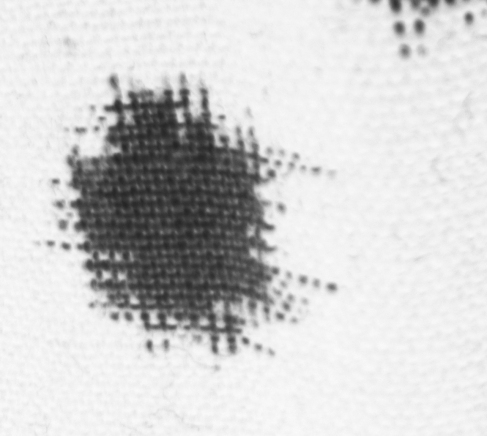 The resultant drawing is created with broken lines of watercolour. The variation in density of the watercolour and the curves of the lines add an extra dimension of depth to the drawing and I think this is my most successful “weave” drawing to date. 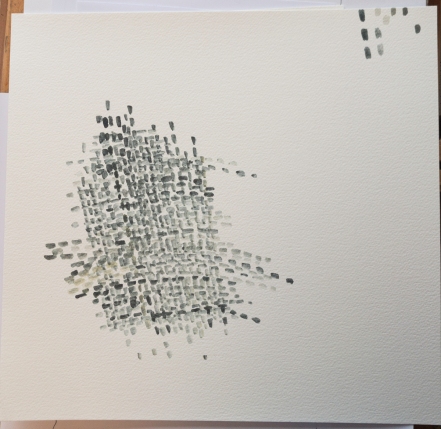 I then attempted to draw the bag in a single line. Not a continuous line doubling back on itself but truly just one line. I loaded the paper with ink and then did one scrape with the credit card edge. Within in this line you can see texture and variation of tone creating secondary lines within the contour of the line itself. It’s not clear in the photo but the line also has physical dimension where the drop has build up and set at the bottom of the page.

For the next drawing I’ve taken inspiration from Debbie Smyth’s shaded thread drawings to create a silhouette edge from scribbled line with the intention of illustrating the frayed edge of the futon cover. To show the less frayed edges of the patches I’ve used an irregular but single line. This drawing is done with Indian ink and a 0.8 mm technical pen. I discovered I can create thicker and thinner lines with this relatively wide bore technical pen by moving slowly and heavily or quickly and with a lighter touch. 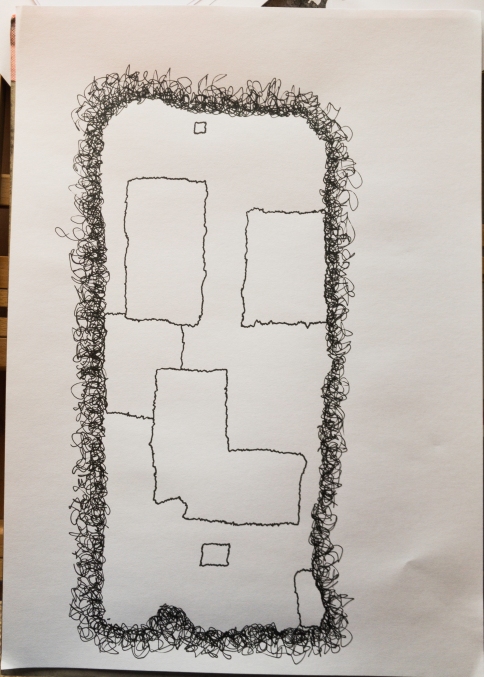 While this next drawing is all lines I have kept them short and used only line to draw the pattern but arranged the pattern in the geometric shape of the kimono. I have used this to highlight the simple shapes used to construct a kimono. 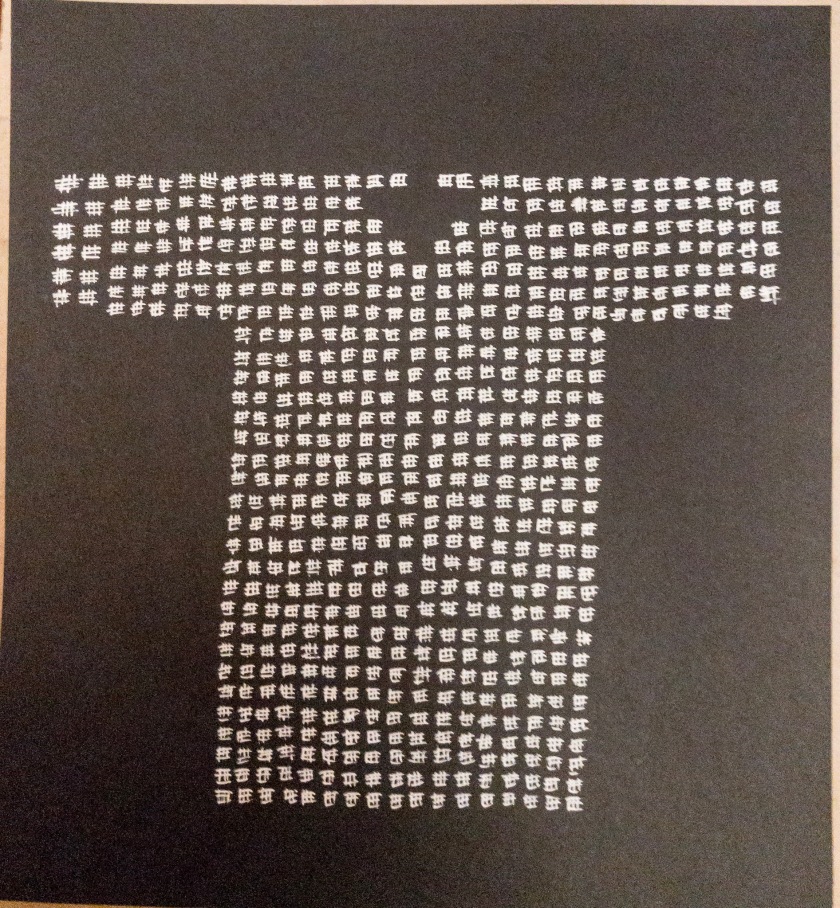 I was finding the sake bag a bit of a boring image, so I decided to look inside and draw the curves and light through holes that is created inside the open bag. 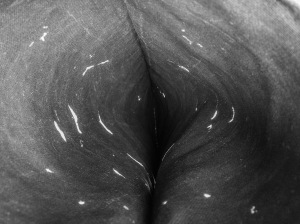 This is the photo I worked from, and I also used an inverted version to highlight the lines of light coming through the holes in the bag. 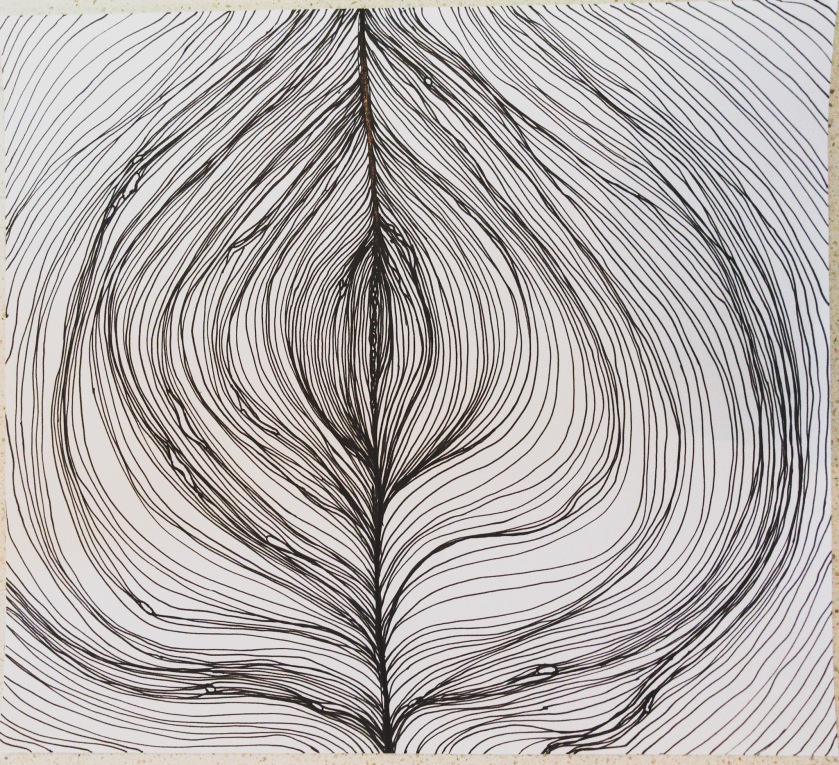 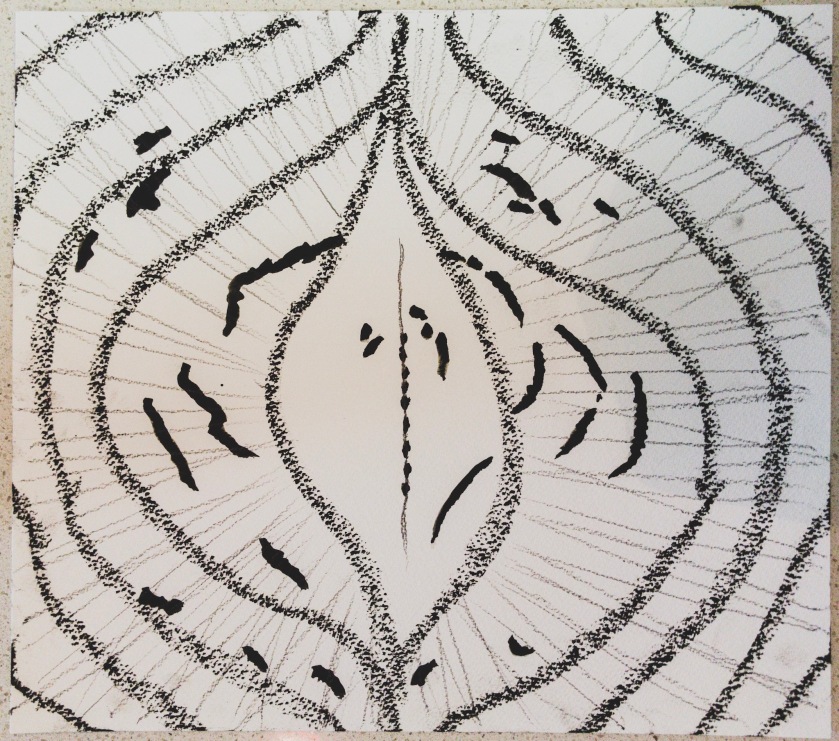 Looking at the course outline in the middle of the night on the ferry, I decided to do my drawings with my eyes closed. It was pitch black so I couldn’t cheat and didn’t look at my drawings until the sun came up the next day. I was surprised by how little detail I could actually remember despite spending lots of time studying my textiles, but I was not unhappy with the spontaneous look of the drawings.

And finally for this exercise, I had to do a continuous line drawing. I drew every linear aspect I could see and I found to my surprise that if I drew the linear folds in the fabric it suggests form and drape. 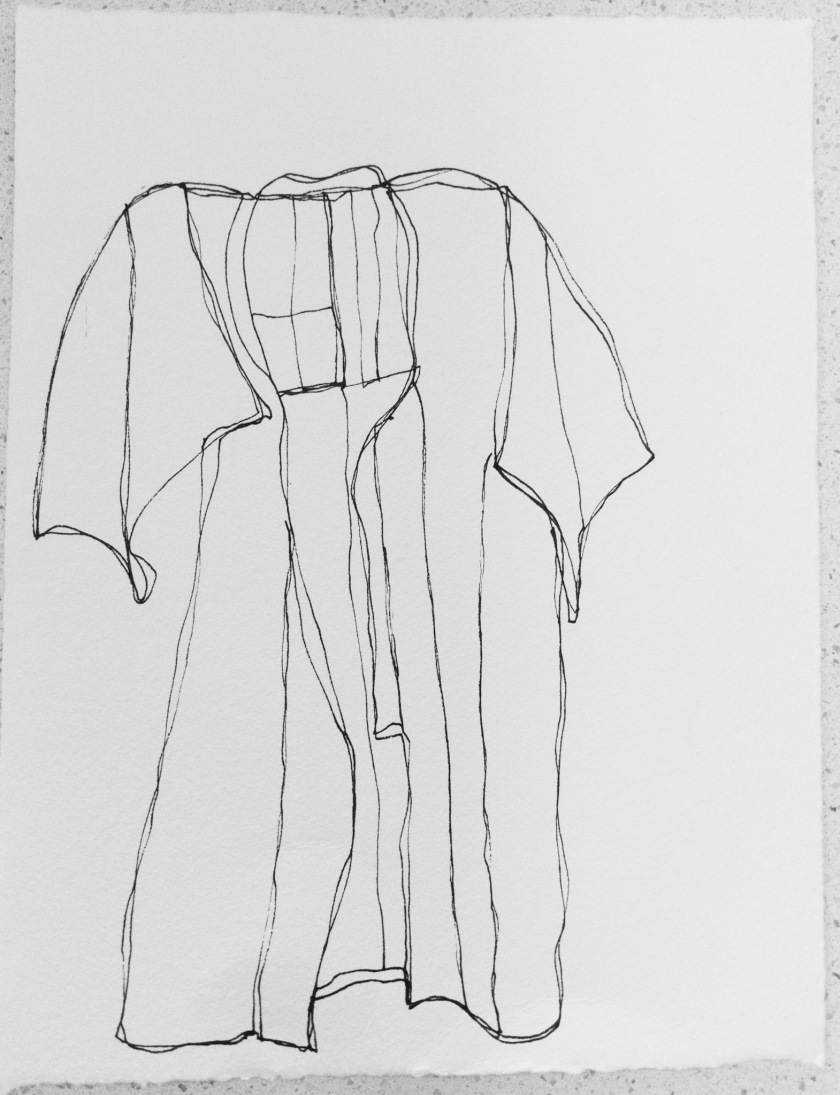 I feel like I’ve only just scratched the surface of drawing line but I have to keep moving as I have got behind, with all the responsibilities of setting everything up before leaving for our trip. Now the trip is underway I’m hoping that there will be more time for art.